Mary Ann Finn was born in Saltwood, just up the hill from Hythe, in 1825 and baptised at the church of SS Peter and Paul there on 10 April the same year. Her parents were Thomas, a labourer and Margaret nee Norcock (though she often called herself Harriet). Thomas Finn had himself had a difficult start in life, having been left an orphan. The overseers of the Poor in Saltwood where he was born put him out as an apprentice and he later moved to Dover before returning to the Hythe area. He and his wife had two more daughters after Mary Ann, Emily and Esther. Esther was described in the census records as ‘an imbecile from birth.’ The family moved to Church Hill in Hythe, where they lived next door to a family called Piety.

The Piety family comprised John, his wife Ann and two sons, John and Thomas, who like their father were labourers. John senior had also apparently diversified into smuggling, as did so many others. In 1832, he and his brother Thomas were caught landing smuggled goods near Fort Twiss in Hythe and sent for trial, but were released when the evidence of the leading witness was contradictory, as it was so often found to be.

But both smuggling and legitimate work were sometimes not to be had in the harsh economic climate of the 1830s and both John Piety and his neighbour Thomas Finn were obliged to throw themselves occasionally on the mercy of the Overseers of the Poor later in the decade. Ann Piety also received an annual gift of a gown from Mrs Ward’s charity.

The year 1845 brought a watershed for both families. John Piety senior had already died and now both his widow Ann and his next-door-neighbour Thomas Finn died. The widowed Margaret/Harriet Finn took Emily and Esther and went to live in Stade Street in Hythe , where they subsisted on ‘outdoor relief’ paid by the parish overseers. Mary Ann, however, stayed in Church Hill, moving in next door with John Piety junior, twenty years older than her, as his ‘housekeeper’.

The relationship was clearly more than that, however, and the couple married on 12 October 1851 at Saltwood parish church in a ceremony witnessed by John’s brother Thomas and Mary Ann’s sister Emily. None of the party were able to sign their names and made their marks on the marriage register. This is the last time that Thomas Piety appears in the records. He seems to have vanished, or more likely just changed his name and tried his luck elsewhere.

Mary Ann was pregnant when she married and her daughter, another Mary Ann, was born before the end of the year. Almost exactly two years after their marriage, John Piety died and was buried on 23 October 1853. Mary Ann was destitute. John had left no other family, and her own mother, living on parish relief and with a disabled daughter, was in no position to help.

Mary Ann took work as a charwoman when she could, but between 1854 and 1855 she often had to apply for relief from the Parish Overseers herself. Unlike her mother, she was sent to the Elham Union workhouse. This was in Etchinghill,  four miles north of Hythe, and opened in 1836. She was in and out of the establishment every two or three weeks, sometimes with her daughter, sometimes without (perhaps she left the child with her mother). Then on 16 March 1856, she gave birth again, in the workhouse this time, to a son, William Henry. He was baptised in the nearest church, at Lyminge, on 14 June 1857.

A sketch of Elham Union Workhouse at Etchinghill, now demolished

The pattern of frequent admission to the workhouse continued, usually with both the children. But the frustrations of her unsettled life began to tell. On 8 September 1859, she was sent to gaol for forty-two days for an unspecified offence. She was returned from prison to the workhouse, but in January of the next year she smashed seventy panes of glass at the workhouse over a two-day rampage, and in March was sent back to prison for another forty-two days’ hard labour at Canterbury prison.

St Augustine’s Prison and House of Correction, opened in 1808 in Canterbury

On her release – again back to the workhouse – Mary Ann tried another way to vent her feelings. On 15 May 1860 she was charged with damaging a bolster. Another inmate reported that during the night she ripped open the bolster, which was filled with straw, took it down to the courtyard and set fire to it with a candle. When asked what she was doing she replied that she was ‘burning the foreigners’. The workhouse medical officer reported that the last time he had seen Mary Ann she was dressed ‘in a singular style,’ behaving oddly and talking about selling vegetables and watercress which she believed she had in her possession. He believed that this was all an act as she had previously been reasonable. The master of the workhouse told the court that she was ‘eccentric and sometimes violent’. He said that if she was dissatisfied with her lot, she would work herself up into a rage. She was judged not to be insane and sent back to prison for another six weeks. This would have suited the Poor Law authorities very well, as, had she been sent to the County Asylum in Maidstone, they would have had to foot the bill for her care.

After that brief period – when she may well have been suffering from psychotic episodes – Mary Ann settled down, and, in 1862, got married again. Her choice of husband, John Finn Avery, may, to judge from his name, have been a kinsman, and was fourteen years younger than her, having been born in Dover in 1839. He was a labourer, and the couple lived together, apparently quietly, in Folkestone, and Mary Ann took in washing to make ends meet.

However, Mary Ann’s daughter was not included in the happy family and was left in the workhouse. On 15 May 1868, aged sixteen, she was ‘moved to the home at Dover’. She must have run away, because on 25 April 1870, she was readmitted to Elham Union workhouse under an order of removal from London, together with a child who had been born in February that year, although no record exists of its birth in London or anywhere else. She left the workhouse with her baby daughter two days later, and perhaps she did now go to her mother, for the child died in Folkestone shortly afterwards and was buried at Christ Church in the town on 5 May 1870. 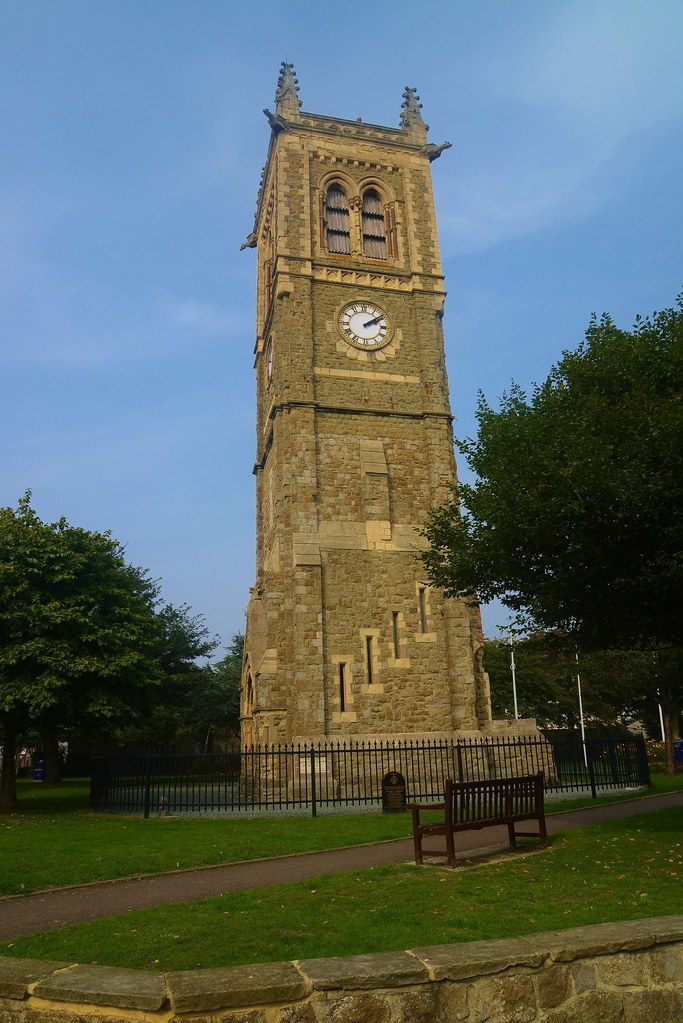 The tower of Christchurch, Folkestone. The rest of the church was destroyed by enemy action in 1940

Mary Ann junior then seems to have tried working as a servant for a living, but it didn’t work out. She was readmitted to the workhouse, destitute, on 6 Feb 1871. She somehow got herself out of the place and went back to London, where she met and married James Dabbs, a second-hand bookseller eleven years older than her. They married in Holborn, where they continued to live, in the Peabody Buildings there, and where they raised a family of three sons and three daughters. There was no more workhouse for Mary Ann Dabbs and her children. Frederick, the eldest, was apprenticed to an engineer but went into the printing trade; James and William became warehouse porters; Ruth worked as a machinist making children’s clothing; Mary Ann was an album binder; and Ellen, the youngest, kept house for her father after her mother’s death.

Mary Ann Dabbs nee Piety died in 1907. She had escaped the cycle of poverty and destitution and overcome her early mistakes and her upbringing.

And what became of her half-brother  William Henry? He disappears from the records after his mother’s marriage. There is nothing in the censuses or the records of death and marriage. He appears not to have taken his step-father’s name either. Perhaps he was adopted, or sent abroad, or maybe even claimed by his natural father.