Inscription:  Sacred to the memory of Lieutenant George Dyer of the Royal Navy son of the late Major General Dyer/of the Royal Marines and grandson of Rear Admiral Alexander Innes/while zealously engaged in … of his duty…near here… the six men under … the 12th of April … remainder illegible
In memory of Eliza widow of Lieutenant George Dyer/who died illegible/on the 22th of illegible 1852… remainder illegible

George Dyer was born on 23 October 1791 in Stoke Damarel, Devon and baptised in March the next year at Charles the Martyr church in Plymouth. He came from a distinguished military family. His father, another George was at the time of his son’s birth a captain in the marines, soon to become the Royal Marines. Most unusually, he had also been painted as a young man by a leading portraitist, James Northcote, a pupil of Joshua Reynolds. The picture was displayed at the Royal Academy in 1781 and is now owned by the Royal Navy museum.

George Dyer senior, at the age of twenty-two.

He married Susannah Innes on 14 Oct 1789 at Devonport. She was the daughter of Rear Admiral Alexander Innes who, when he had died in 1786, was commander in chief of the Jamaica Station, a place noted for the ill-health of its personnel. In 1805 George fought with Nelson at the Battle of Trafalgar. He was seemingly a very religious man, evidenced by the inscription on his gravestone, which records that ‘religion was his guide through life’ and by the anecdote that he preached sermons to the crews of his vessels in the absence of a chaplain, apparently preferring this method of character improvement to the more usual one of corporal punishment.

Young George was the eldest of three children and the only son. Expectations that he would serve in the Army or Navy must have been high, and probably inescapable. He duly joined the Navy, and was based in Plymouth near his home, which he visited often. By 1815, he was a lieutenant on HMS Imogen, a 16-gun brig-sloop.

He was then twenty-four, and his father decided to seek preferment for him. The system for advancement in the navy was based not on merit, but on having a powerful patron. George senior was well-connected and wrote frequent letters to men of influence to try to find his son a suitable ship and possibly promotion. Lord Melville, a former Secretary for War could not help. Nor could Vice-Admiral Sir Edward Buller, even though young George was sent to visit him. He was next despatched to wait on Admiral Sir John Duckworth, who promised to pull strings. He did, and on 22 August, young George received an order to proceed to Portsmouth by the Severn frigate as there was a likelihood of a vacancy for a lieutenant on HMS Havannah, a frigate. 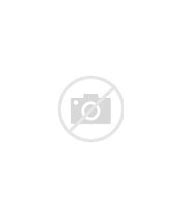 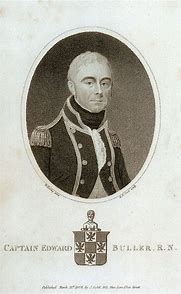 …..as did Sir Edward Buller

Before he left, George senior took his son shopping – to a book sale. There George junior bought, among others, two volumes of Ovid’s poetry, a History of Greece and one of Rome, Blackstone’s Commentaries on the Laws of England, and Du Fresnoy’s Cartographies of Time. He was clearly a serious-minded young man.

The vacancy on the Havannah did not materialise, but George was appointed to another frigate, the aged Pique. His father died two years later, but left nothing to George, bequeathing everything to the young man’s sisters, Anne and Susannah. This was, he said, because George had inherited from his grandfather and he was ‘not to think that I hold him in any less affection than his sisters’.

The next eleven years of his naval career are a blank, until he surfaces in Hythe in 1826, still a lieutenant, as commanding officer of the Coastguard at Fort Twiss. The Coastguard had been set up in 1822 as an anti-smuggling operation, and its instructions also stipulated that when a wreck took place the Coast Guard was responsible for taking all possible action to save lives, taking charge of the vessel and protecting property.

George had married, on 4 January 1816 in the Isle of Wight, seventeen-year-old Eliza Osmond. His father had died the following year, as had his patron, Sir John Duckworth. One possible explanation for the posting to Hythe may have been the presence in the town of his maternal uncle, Colonel John Innes. Now without influential support, did George turn to his uncle to act as his patron?

In the early hours of Wednesday 5 April, the station received reports of smugglers in the area. George went down to the beach, where he met the captain of HMS Ramilies and some of his men. Ramilies was engaged on the coastal blockade. Patrolling the beach, they heard gunfire coming from the direction of Shorncliffe, followed by a round of fire close by. This had been fired by John Lemon, a Ramilies seaman and it killed George Dyer outright. Coastguard rules were clear that a man should not open fire unless ordered to do so or unless violence had been offered to him. Since in this case, neither had happened, Lemon was charged with manslaughter and court martialled.

He was found guilty, but received a reduced sentence of 14 days at the request of George’s wife Eliza, who stated she believed it was an accident. George was buried with military honours, including a firing party of 103 men, who marched in procession from Fort Twiss to St Leonard’s church.

Eliza, whose origins remain a mystery, married again in 1829, to George Elgar, a surgeon, though perhaps not a very successful one. In 1851, the couple were lodging in a carpenter’s house in Maidstone and George is described as ‘surgeon, not practising’. Eliza died on 8 March 1852 at Romney Place, Maidstone and was buried in Holy Trinity churchyard there. Less than three weeks after her death, her widower petitioned the Admiralty for the eight pounds and ten shillings that was owing from her widow’s pension. Did he spend some of the cash having her name inscribed on the tombstone of her first husband? It would have been an economic way of remembering her, if funds did not stretch to a tombstone of her own, and a large space had been left on George Dyer’s tomb to add her name when the time came.

The inscription for Eliza on George Dyer’s tomb.

George Elgar married again the year after Eliza’s death and had three children, went bankrupt in 1861 and died in 1867

Col. John Innes died in Hythe in 1836 and is buried a stone’s throw away from his nephew’s grave.

The gravestone of John Innes and his wife