Robert Finnis, upholsterer of Hythe,  had a great many grandchildren, despite the fact that three of his nine children died young and another three had no offspring. Of the three remaining, George had two daughters, one of whom died young. The other, Elizabeth, made, for a young woman brought up in Hythe, an extraordinary marriage, to Lazar Josef Constantine, an Armenian. His widowed mother had subsequently married Lord Congleton.  The connection can only have been through her Lynch cousins, two of whom also married Armenians (see below). Elizabeth was the last person to be buried in the Finnis vault at St Leonard’s church, in 1913.

Elizabeth, Robert’s eldest daughter, married Henry Blosse Lynch of Partry House, Co. Mayo, and gave birth to eleven sons. Her new husband’s father, Joseph Blosse Lynch,  had converted to Anglicanism from Roman Catholicism, which gave his son the right to serve in the British Army. It was important for Henry to find a paying occupation as his father had brought Partry House and his own finances into a state of collapse through his gambling habit.  Henry, who was with the 27th Regiment of Foot, fought in the Peninsular Wars and distinguished himself at he capture of Ciudad Rodrigo in 1812.  He wrote home from Spain to his ‘dear Betsy’, describing the fighting and his march home through France when he was able to visit Versailles and the Louvre and buy Sevres china at St Cloud. (1) Until then, the family had lived in quarters in Rochester, but now they were free to go home to Partry House.

Five of their children, Henry, Robert, Michael, Stephen and Thomas, made their fortunes, and sometimes met their deaths, in exploring the Middle East.

Henry Blosse Lynch (junior) joined the Indian Navy at sixteen, taking part in a survey of the Persian Gulf.  He had a flair for languages, and learned Arabic, Hindustani and Farsi.   As a lieutenant, he was second-in-command of Colonel Chesney’s expedition to transport overland the components of two steamships across northern Syria to meet the Euphrates, there to re-assemble the steamships (the SS Euphrates and Tigris) and to navigate the Euphrates as far as the Iranian Gulf. The intention was to seek a new trade route with India and the Far East.  Henry commanded the Euphrates and his younger brother Robert, a lieutenant in the 26th regiment of the Bengal Army, the Tigris, the smaller vessel. Robert and twenty other men were drowned when a sudden storm capsized his vessel in May 1836.

Henry returned, much feted, to England, later in 1836, was granted an audience with the king, William IV and wrote articles for the Royal Geographical Society. A minor and now forgotten poet, Henry Richardson, wrote a very long (eighty-eight page) poem,   The Loss of the Tigris; a poem. In two cantos. Inscribed to the commander, officers, and men of the Euphrates Expedition. An excerpt follows:

There were two brothers in the death-doomed bark;
And one escaped, the other’s life was reft;
And here the words of holy Scipture mark;
“One Shall be taken, and the other left!”
Dark and inscrutable are Wisdom’s laws!
But, Lynch you perished in a noble cause,
And your brother lives to carry through,
Bright deeds of glory denied to you.

In 1839, another younger brother, Michael, was sent out to Baghdad with three more disassembled steamships.  He also undertook some surveying work in Armenia and died there in 1840 aged twenty-eight. No poet eulogised his death.  There were, however, still two younger brothers left ( the very youngest, Frederick, had died aged twelve).  Henry understood the commercial potential of Mespotamia and Armenia and he succeeded in interesting his uncle, Thomas Quested Finnis, in importing goods, unobtainable elsewhere, for his provisions company, Finnis and Fisher. It is likely that he also received financial backing – Thomas Quested Finnis was very rich. The two younger brothers, Thomas Kerr and Stephen, duly set sail.

Stephen was only twenty-one, and he stayed for the next thirty years, establishing Stephen Lynch & Co. in Baghdad and Lynch Brothers & Co. in Basra as traders in commodities. In 1858, he founded the London and Baghdad Banking Association  and used this financial leverage to obtain from the British Foreign Office the sole right to navigate the Euphrates and Tigris rivers and to maintain two steamers on those rivers. He and Thomas Kerr then established the Euphrates and Tigris Steam Navigation Company and commissioned their own steamers, the peak of their achievement being the two-funnelled SS Blosse Lynch, 270 feet in length and 46 feet on the beam, in 1878. She was later used for river trips for tourists and remarkably, was pressed into service during World War 1, armed with 18-pounder field guns strapped to her decks.

Stephen, like two of his brothers, married an Armenian woman, Hosanna, the youngest daughter of Hatchick Mackertich, vice consul at Baghdad on 10 November 1859 and established his family in Cleveland Square in Bayswater.

Stephen Blosse Lynch with two of his daughters and a son; his wife, Hosanna.

The girls were presented at court, most unusually wearing Armenian dress rather than the traditional white ball gowns.

In the 1850s, Thomas Kerr, who had by then travelled extensively throughout Mesopotamia and Persia, was appointed Consul-General for Persia in London. He was made a Knight of the Order of the Lion and the Sun by the Shah of Persia  and married Harriet Sophia Taylor whose mother was Armenian and father, Colonel Robert Taylor, the British political resident at Baghdad.  Their son, Henry Finnis Blosse Lynch, continued his father’s exploration of Armenia and was widely published on the subject. 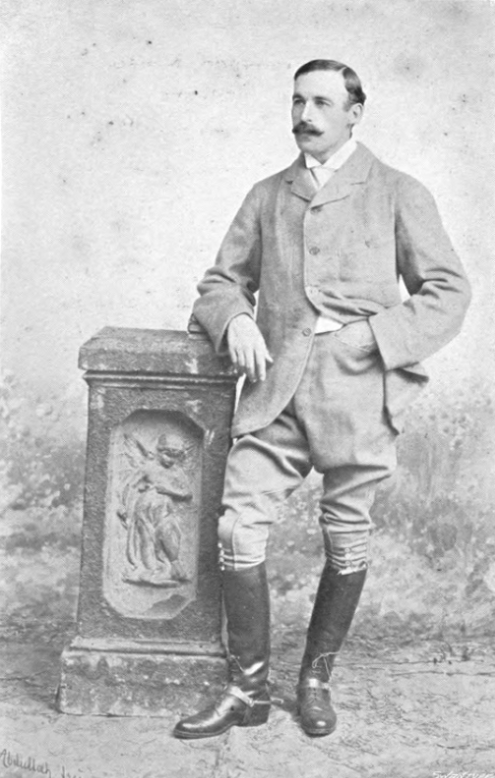 Henry, meanwhile, had moved on to India, where he worked as assistant to the superintendent of the Indian Navy. In 1851–53, as commodore, he commanded a small squadron of vessels of the Indian navy, which rendered distinguished services with the Royal Navy during the second Burmese war, at the conclusion of which he was made C.B. He returned home, and on 13 April 1856 finally retired from the service. He had married another daughter of  Colonel Taylor, Caroline Anne, and the couple  married and eventually retired to Paris, where he died at his residence in the Rue Royal, Faubourg St. Honoré on 14 April 1873, aged 66.

The other brothers led exemplary, if less adventurous, lives.  John Finnis became a barrister; Edward Patrick joined the Bombay Infantry and retired as a Lt. Colonel; George Quested  became a surgeon and at first joined his brothers in the Middle East, but on hearing of the dreadful depredations of the famine in Ireland, returned home to help. The family, together with others locally chartered the ship the Martha Washington to bring corn meal from America for their tenants. George Quested died of Typhus in 1848.

Brownlow (by now his parents had run out of second Christian names)  became an Anglican church minister in Ballyhane, Co. Mayo. He was remembered by  one parishioner as a simple and trusting man. He was also, by his brothers’ standards, quite poor, having an income of only £165 a year from his parish which had no residence or glebe attached to it.

In the meantime, the cousins of the Lynch men were growing up. They were the sons and daughters of Col. John Finnes, who had been killed in the Indian Mutiny.

Robert Francis Finnis was the eldest son of John Finnes and his wife Sarah and was born on 13 June 1839 in Dinapore (now Dinapur) in India.  His uncle Thomas Quested Finnis enrolled him in the Company of Bowyers in 1862, but clearly Robert Francis was not cut out for a life of trade and by 1865 was a lieutenant in the Indian Navy. That year, at the church of St Bartholomew the Less in London, he married Ernestine Maria Sparks, daughter of R.H. Sparks of Charterhouse. He died at Tandil, Argentina, on 22 Nov 1868, by which time he was a former lieutenant, so not cut out for the navy, either.  Why he was there is unknown. The widowed Ernestine went on to marry twice more.

John, born barely a year after his brother in Burdwan, Bengal became a cadet in the Indian army at the age of sixteen, just after the death of his father in the Indian Mutiny.  He was commissioned lieutenant in December 1857, took part in campaigns at Oude, Shapore and  Dadoopore and went on the Mahsud Waziri expedition in  1881. He was promoted lieutenant-colonel in February 1884 and served on detachment to the 2nd Punjab Infantry as second-in-command. In September that year, while on leave at Mussoorie,  a hill station in the lower Himalayas, he had some decayed teeth removed by a dentist. An abscess formed in his jaw and, trying to relieve the pain, John took too much laudanum.  Although medical help was summoned, he died.

Mussurrie Hill Station, where John Finnis died and is buried.

He had married, on 27 February1869 in Bengal, Florence Stanley McGowan.  At his death, Florence, still only thirty-four, was left with seven children, though another three had died young. She had an army pension, but John had been left nothing by Thomas Quested Finnis who had died the previous year, though he left £6000 for the children. She returned to England, living at first in London but latterly in  Dolgellau in Merionethshire with her daughters and sister. She died in 1916, not long after the death of her eldest son John Fortescue  Finnis, fighting in Mesopotamia.

John Fortescue Finnis, who left a widow and son

George Carruthers Finnis, the next son of John and Sarah,  was born in Calcutta on 2 July 1845. On the family’s return to England, he was raised by his uncle, Thomas Quested Finnis, who evidently discerned a kindred spirit. George was enrolled in the Company of Bowyers and worked for his uncle’s provisions company.  He maintained his family’s links with Hythe and married a local woman Emma Elizabeth Fagge, daughter of a Hythe physician, on 27 October 1870 in the parish church. His aunt Jane died the following year, and George appears to have inherited her house in Regent’s Park – at least, he lived there for the next twenty years. He also inherited £12,000 from Thomas Quested Finnis. He became a JP, but that was the extent of his civic life, and he died of pneumonia aged fifty-two.  Elizabeth went back to Hythe and she and George have their own memorial in St Leonard’s church.

Another brother, Thomas Quested Finnis shunned the usual male Finnis occupations and became a dairy farmer in Pangbourne, where he died aged forty on 17 February 1890

Three daughters survived to adulthood. Louisa Jane married Captain Charles M’Laughlin a naval officer. Sophia Margaretta (Sophie) married Ross Willaume Hayter, then a civil servant,  and travelled the world with him, first to India, then to Canada in 1888 and finally the USA, though they both died in Hampshire.

Lucy Ann, the youngest child, not two years old when her father was killed, married Grimble Vallentin,  a distiller and Master of the Worshipful Company of Distillers. They had two daughters and a son, John, baptised in St Leonard’s church, Hythe in 1882. A career soldier, John Vallentin  served in South Africa from 1901 to 1903, and then on the North-West Frontier of India and Gibraltar.  He arrived in France soon after the outbreak of war , in October 1914. On 7 November 1914 at Zillebeke, Belgium, when leading an attack against the Germans under very heavy fire, he was struck down, but seeing that the other officer leading the attack had been killed, he rose and continued before being himself killed. He was posthumously awarded the Victoria Cross.

His body was not recovered and he is commemorated on the Menin Gate Memorial in Ypres. His Victoria Cross was presented to his widowed mother by George V at Buckingham Palace on 16th November 1916. She also had a plaque placed in St Leonard’s church in his memory