Margaret Cobay, the eldest child and only surviving daughter of George and Hannah Cobay, married Charles Donatus Bailey on 15 November 1871 in Hythe.  He described himself on the marriage certificate as a gentleman, though he had told the census enumerator a few months earlier that he was an innkeeper, and, in fact, he was landlord of the White Hart in Hythe High Street. He was the son of a plumber and had been born in Hythe. The couple had three children in the next five years, although two died as infants and then Charles died, aged only thirty-eight, in 1876. Early the following year, Margaret gave birth to their fourth child, a daughter. She moved back to live with her father at 40 (now 86) High Street, Hythe with her two daughters and lived there for the rest of her life. Her daughters, Frances and Ellen, both married and her brother Henry moved in after her father’s death. She died aged seventy-seven on 6 August 1916.

George, the firstborn son of George and Hannah Cobay, was born in Cephalonia on 4 July 1843. In 1865, he applied to join the Inland Revenue, but needed to prove evidence that he was in good heath. A Hythe physician, Charles Fagge, wrote to the Revenue to say that he had examined George and that he was free from any defects or diseases.

He was duly appointed as an excise officer, and worked in Maidstone. However, he had perhaps inherited his father’s wanderlust, as he is next heard of in Ontario, Canada, where, on his thirtieth birthday, he got married. He took a couple of years off his age, perhaps to disguise the discrepancy between his age and that of his bride. Esther Geraldine Hoyt was only seventeen when they married on 4 July 1873.  She was the daughter of Samuel and Emmeline Hoyt. George said he was a ‘baggage master’.  The couple married in Brantford, a tiny settlement with a population in 1869 of  700. It did, however, have a railway station, which is perhaps where George worked.

They had two children, Mildred Edina Margaret in 1875 and George Robert in 1877, but sometime in the next three years George died.  By 1880 Esther has moved back into her father’s home, a widow. Only little George Robert is with her, so probably her daughter also had died.  She married again in 1882 and had other children.

George Robert grew up and married, moved to Toronto and had children of his own.

John Cobay, the fourth child of George and Hannah, first tried his hand at farming, at Palm Tree Farm, Lyminge, a village not far from Hythe. He was there when he married Julia Burch, a miller’s daughter, at Newington parish church on 27 November 1872, and his daughter Louisa Julia was born there in 1873. Another daughter, Lizzie Ethel was born the following year. By 1881, however, John had taken on the licence of the White Hart inn, vacated when his brother-in-law Charles Bailey died. Here he remained until his death.

A frequent customer was the author Joseph Conrad, who lived at nearby Postling in the early years of the twentieth century. He was sometimes visited there by Ford Madox Ford who accompanied him on his weekly trips into Hythe in a pony and trap. Ford in his memoir describes how at the White Hart

…the benign, dark, statuesque and really beautiful Miss Cobay presided in the dimmer recess of that very old tavern.

He says that Louisa was

…invariably silent. The writer at least never heard her utter one word, except that, years after, motoring through that ancient Cinque Port, the writer, for old time’s sake, took a drink at the bar of the White Hart, and Miss Cobay with her enigmatic gaze asked after Mr. Conrad. 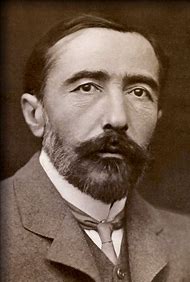 After refreshments, the pair would often continue to Sandgate, to visit their friend H G Wells who had a house there.

John died in 1907, of influenza. Julia, with Louisa’s help, continued to run the White Hart after his death for at least four years. Her brothers regularly held their auctions there and it was acknowledged that most f the Town Council’s real business was conducted in the parlour rather than the council chamber. Louisa – or Lou as she was known-  had, by this time, apparently become quite eccentric.  A large woman, she dressed to impress and it was rumoured that if the councillors could not decide how to act in a given situation, she would make the decision for them. She kept a large and very vociferous parrot.

Lizzie had married, in 1894, Stephen Katinakis at St Leonard’s church in Hythe and moved to Devon. By 1939, she was widowed and she and Louisa, who never married, lived together with Ethel’s only daughter, Betty, in Wiltie Gardens, Folkestone.

The ornate but now nearly illegible grave of Charles Donatus Bailey & his family. The inscription reads:

And next to it the grave of John and Julia Cobay. Their inscrptions says: