William Buckland Hythe Taffenden was baptised on 24 May 1825 in St Leonard’s Church, Hythe. It is an odd collection of names, and he never used this second and third given names. Buckland is a small parish near Dover, or could be a surname; ‘Hythe’ speaks for itself. The reason behind the names can only have been known to William’s mother, who gave her name as ‘Lydia Taffenden’ to the curate who performed the baptism, but there are no records confirming the existence of anyone of this name. The surname is unusual, confined then almost entirely to Kent and found mostly in the area around Ashford.

Whatever the circumstances of his birth, what can be certain is that he was illegitimate, or ‘base-born’ according to the curate. He was first admitted to Elham Union workhouse in 1839, when he was fourteen and described as ‘a servant, bastard’ (1). He clearly disliked the place, as he was intended to, and later that year he and a twenty-year-old man from Folkestone, Richard Marsh, escaped together, but William was found the next day and brought back. His sin was compounded by the fact that he had escaped wearing the workhouse’s clothing, so was guilty of theft as well.

The next year, the authorities found him a place in service, with Francis Pittock, a surgeon who lived in at Mount Pleasant in Sellindge. It was not a successful venture, and he lost the place and was returned to the workhouse in December 1841. Three months later, on 30 March 1842, he went to Dover and joined the army. The recruiting sergeant described him as 5ft 4 inches tall, only just tall enough, but probably still growing, blue eyed and with a fresh complexion.

The army was his life for the next twenty years and two hundred and nineteen days. Here he found the stability that turned his life around. He had joined the 2nd Battalion, the Rifle Brigade, a Regiment first raised in 1800 as an elite and ‘Experimental Corps of Riflemen’. It trained its men as ‘sharpshooters, scouts and skirmishers’, arming them with rifles which were more accurate and had a longer range than the musket, but took longer to load.

A soldier of the Rifle Brigade, early nineteenth century

The idea of individual soldiers hitting specific targets seemed unorthodox at the time, with the conventional tactic of the mass volley being favoured. The Regiment was trained to use natural cover (wearing green instead of the traditional red, in order to camouflage the soldiers), worked in pairs in the open and trained to think for themselves in order to harass the enemy. The Regiment became an invaluable part of any campaign and was present at most actions of the British Empire including Waterloo in 1815, the Crimean War 1854–1856, and the Indian Mutiny 1857–1859.

William was sent first to Canada, where he spent ten years. Some of this, at least, was spent in Kingston, Ontario. Standing at the head of the St Lawrence River, the city was heavily fortified against attacks from the United States, and the British had a large garrison there. In 1851 William was listed as being posted there as a private – a rank he held throughout his military career. 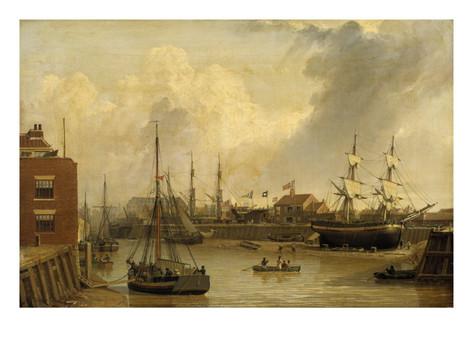 The harbour in front of the garrison at Kingston, Ontario, in the mid-nineteenth century

From Canada, William was sent to Turkey and on to Sevastopol in the Crimea, where he took part in the battles which characterised the long siege from 1854 to 1855.

A rifleman in the Crimea

He was then sent to India and took part in the actions to relieve the siege of Lucknow, which as part of the Indian Mutiny was held by rebelling forces from 1857 to 1858.

The aftermath of the Siege of Lucknow: the ruins of the British Residency

From there he went to Subathu, a fortified town near Simla.

William finally sought discharge from the army in October 1863. He was suffering from dyspepsia when he exerted himself and doctors considered that his long and active career, together with advancing years, had rendered him unfit for further service. He had been awarded four Good Conduct badges, the Crimean Medal and clasp for Sevastopol, the Turkish Medal, the Indian Medal and clasp for Lucknow, and the Long Service Medal. He was sent home and finally discharged on 24 May 1864.

During his army years, he had found time to marry, as on his return home he was described as a widower, but no trace remains of his wife or of any children born to them. Once back in England, he joined the newly-formed Kent Police, and worked at first in Canterbury before being sent to Smarden, near Ashford, where his badge number was 2 and where he lived in Round About Street.

Then, in 1873, he married again, to Eliza Samways, a widow from Dorset. He was sent to police the little village of Preston, near Wingham, in Kent. In 1885 he retired from the police force at the age of sixty, as a constable, first class, and was given a gratuity of £40. This, together with his army pension and whatever funds his wife brought to their union, enabled him and Eliza to live comfortably, at first in Chislet, near Canterbury, and then in Thanington, on the outskirts of the city. William was a ratepayer, and entitled to vote. Not bad for a base-born workhouse boy.