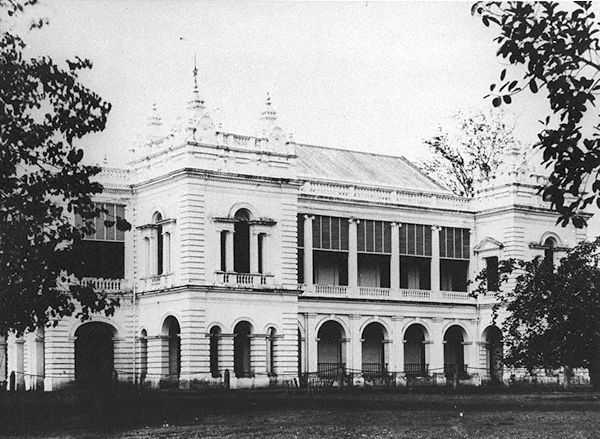 By 1891, Jessie was living in East Bridge House in  Hythe, without Tim but with their two daughters, her sister and Tim’s son, Robert.  Apparently she could not adjust to life in the East, When her husband retired in 1897 he,  Jessie and the girls went to live in Guildford, but he was buried in St Leonard’s churchyard and his widow returned to Hythe after his death, living in a house called ‘Holmwood’ and later in another called ‘The Dentalls’. The only connection the family had to the town was the Mackeson family. Henry Bean Mackeson, in his will,  named his friends Tim & his brother Leonard as trustees of his daughters’ trust fund and Tim’s first wife’s sister, Annie, had married Henry Bean Mackeson and still lived in the town.  His former parents-in-law are buried in St Leonard’s churchyard.