Lionel Lukin’s gravestone in St Leonard’s churchyard, Hythe, bears easily the longest inscription of them all:

In this grave is interred/the body of Lionel Lukin – born at/ Dunmow in Essex the 1st of May 1742 – in/1767 he became a member of the Coach Makers Company of London and after/60 years of various success in that busi/ness – settled at Hythe in 1824 with the/humble hope that the same divine pro/vidence which had been his guide and/protector during a long and chequer’d/ life would permit him to conclude it in ease and tranquillity and finally remove /him to a better and eternal inheritance/through the merits and intercession of /Jesus our Redeemer – died the/ 16th of February 1834.

This Lionel Lukin /was the first who built/ a life boat/and was the original inventor of that/principle of safety/by which many lives and much property/have been preserved from shipwreck/and he obtained for it the King’s patent/in the year/ 1785.

Lionel Lukin was the son of a well-to-do farmer, William Lukin, and his wife Anne nee Stokes.  He was descended from Admiral Lionel Lane who had fought in the Dutch Wars in the 1650s; the name Lionel was clearly important to the family and was repeated down the generations. This latest Lionel, who was baptised on 17 June 1742,  had ten younger siblings.

He did not go to sea, but was apprenticed to Joseph Smith, a local coach-maker, in 1759. He moved to London and became a member of the  Worshipful Company of Coachmakers and Coach Harness Makers in 1767. At sixteen, he had inherited money from his maternal uncle which may well have helped him set up in business as three years later he was in Westminster, with his own concern, in partnership with a Mr Beech in Long Acre, a street running from St Martin’s Lane to Drury Lane and at that time dominated by coach-builders.

He was, by nature though, an inventor with a strong philanthropic bent.  He designed a ship’s stove which could be used in rough weather, an invalid’s bed, which could be manipulated by a single attendant and which he gave to several London infirnmaries and a raft  for rescuing people who had fallen through ice, which he presented to the Royal Humane Society and which was successfully used in Hyde Park.

The Society was even more impressed by his ‘unimmergible boat’ for which he obtained a patent in 1785. The design included adding buoyant gunwhales to the sides of the boat and watertight bulkheads within, thus making it much lighter than the body of water it would displace in sinking. Underneath, a false keel of cast iron was to act as a ballast. He had purchased a Norway yawl, which he fitted up in this way and tried out on the Thames. Later, Lionel would add holes in the bottom to allow shipped water to escape. He intended the boats to be used on board ship as lifeboats – though that word did not then exist.

It has been claimed that this venture was financed by the Prince of Wales (later Prince Regent and George IV) with whom he was acquainted, although his obituary in ‘The Gentleman’s Magazine ‘ notes only that the prince ‘condescended to take an interest.’ The Prince was then only twenty-two, and known chiefly for his extravagance, illicit amours and his feud with his father, George III.  But there could be some truth in the story. Christopher Hibbert, in his magisterial biography of the prince, records that he was liberal with his charitable donations (1). Also, by 1783 Lionel was supplying harnesses to the household of Queen Charlotte, the prince’s mother, so it is conceivable that he met the prince while visiting the royal stables. 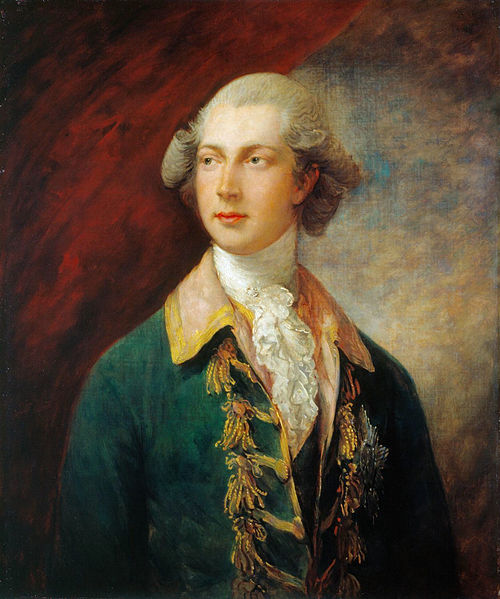 Lionel tried to interest the Admiralty in his design, but there was no response. He took the advice of a Captain James, deputy-master of the Trinity House, and lent his boat, which he named the Experiment, to a Ramsgate pilot, to be tested in rough weather. The boat was an unqualified success, even enabling its skipper to carry on his smuggling trade in the worst weather, an outcome not, presumably, intended by the inventor.  The boat was eventually impounded at a foreign port.  However, the following year,  Archdeacon John Sharp, a trustee of the Bamburgh Charities, who had created a mini-welfare state in the town, asked Lionel to convert a coble – a traditional fishing boat of the area. Lionel took on the job and Bamburgh still claims to be the first place to have a dedicated rescue lifeboat, which was in service for many years.

Lionel’s next boat, the Witch, was tested by Sir Sydney Smith and other naval officers, and its worth was  publicly displayed at Margate. But Lionel had to contend with seafaring prejudices, and his unimmergible boats, though they attracted attention, were in little demand. Apart from the one built for Bamburgh, only four were ordered, one of which proved very useful at Lowestoft. This, the Frances Anne,  was tested in 1807 in dreadful weather and it was calculated that even full of water and with 50 people on board, she would not sink. She was in use for the next fifty years, saving three hundred lives.

Despite the claims on his gravestone, Lionel was not the only man to have an interest in saving life at sea.  After  a particularly tragic shipwreck off the mouth of the Tyne in 1789, when the whole crew of the Adventure  perished while hundreds of people, helpless, looked on, a local competition for a lifeboat design was started.

It was won by William Wouldhave (or Woolhave), plumber, glazier and parish clerk of South Shields, who designed a boat with a straight, heavy keel and high-peaked ends with watertight cases,  which was self-righting and unsinkable. A plain-spoken and difficult man, he refused the prize money of only a guinea and never built his boat, though his memorial, in St Hilda’s churchyard in South Shields also  claims that he invented the lifeboat:

‘Sacred to the memory of William Wouldhave, inventor of that invaluable blessing to mankind, the lifeboat’

He also has a public house in South Shields named for him ‘ The Wouldhave’.

Another entrant, the boatbuilder Henry Greathead, was unsuccessful in the competition: his design was said to resemble a butcher’s tray, in that it was flat and oblong. However, as Wouldhave had no interest in building his boat, Greathead was offered the job of building a lifeboart designed by the competition committee. The end result was, like Lionels’s Experiment,  based on a Norway yawl. The sides were cased with cork, four inches thick, secured with copper plates. When full of water amidships, one third at each end would be out of water, and it could continue underway without foundering.  It was tested at the beginning of 1790.

Greathead did not take out a patent on his boat, but its adoption by North Shields and then other ports led  to a House of Commons committee awarding him £1200, in addition to the hundred guineas given by  both Trinity House and Lloyds  of London.

Even at the time, there was some controversy as to who could rightly claim to have invented the lifeboat. In 1790 Lionel published a description of his lifeboat, with scale-drawings and declared that Greathead’s boat was in general built according to the principles set out in his patent, and had no additional safety features. In 1806 a Mr Hailes put forward the claims of William Wouldhave as inventor of lifeboats, and Lionel replied with three letters to the Gentleman’s Magazine, in which he set out his own claims to priority. These he afterwards published as a pamphlet dedicated to the Prince of Wales, entitled The Invention, Principles of Construction, and Uses of Unimmergible Boats.  Lionel’s obituarist in the ‘Gentleman’s Magazine was of the opinion that the naming of the respective boats was crucial. Lionel called his an ‘unimmergible boat’; Greathead called his ‘a Life Boat’, which ‘spoke at once to the sympathies of the heart’.

Controversy aside, Lionel continued to prosper in his business, becoming a master coachbuilder in 1781and eventually Master of the Coachmaker’s Company.  He had started to accumulate property early in his career, starting with a substantial house in Dunmow, had married a widow, Anne Gilder,  been widowed himself and married again, in 1803, to Hester Clissold. The son of his first marriage, another Lionel, also became an inventor with a strong interest in shipbuilding. He had helped his father build the Frances Anne and presented to the Admiralty several ideas for ventilating ships and curing them of dry rot, none of which seem to have been taken up. His sister, Ann, married John Helyer Rocke in 1896 and went to live in Somerset.

Lionel moved to Hythe when he was in his eighties and his eyesight was failing, though he kept a financial interest in the Long Acre business. He lived in Elm House, not far from St Leonard’s Church.  In the same year he wrote to the Chairman of the newly-founded Institution for the Preservation of Lives and Property from Shipwreck (later the RNLI) offering to ‘contribute anything in my power to the success of the proposed Institution’.  There is no record of any reply and while in its first report the Institution paid tribute to a number of people who had contributed to life-saving in shipwreck, Lionel’s name is not there.

He was ill for only a few days before his death and had made his will two years earlier. It is unusual in that his son received only £10. The rest of his considerable estate was to be invested by his executors to provide annuities for his wife, his daughter and for his four granddaughters, two by his son and two by his daughter. The  women’s annuities were for their ‘separate use’ and would not devolve to any husbands they might have. His father, William, had taken the same approach, leaving his sons, who could be expected to support themselves, only £5 apiece, while the daughters received the residue of his estate.

In 1892, the vicar of Hythe, the Rev’d Thomas Sarsfield Hall, started a fund-raising campaign to erect a memorial window to Lionel in St Leonard’s church.  He did not raise quite as much as he hoped, but in October that year made up the balance of £40 himself and had the lancet window installed above the altar. The window was unveiled by Lionel’s great-grandson, the Rev’d. Charles J. Robinson, vicar of Horsham. The inscription read: To the Glory of God and in memory of Lionel Lukin, the inventor of the lifeboat, who died at Hythe, February 16th, 1834 and lies buried in the churchyard.

Sadly, the window was destroyed by enemy action in 1940, so that today, it is only Lionel’s grave which bears witness to the presence, for a short while, of this remarkable man in Hythe.

However, there is a happier postscript: in 1985, to celebrate the becentenary of Lionel’s patent, the Post Office produced a set of commemorative stamps, ‘Safety at Sea.’ The proceeds from this first day cover went to the RNLI