Remainder illegible except for the name Harriet Palmer

Edward Palmer was born in Coningsby in Lincolnshire in 1812 and baptised there on 1 January 1813. He was the son of Robert and Jane Palmer. He became a teacher and worked in the National Schools, at first in Yorkshire, where he met and married Harriet Sharp of Lincoln. The couple’s first two children were born in Guisborough, before they moved to Tamworth in Staffordshire, where a third child was born.

National Schools were religious educational establishments run by The National Society for Promoting the Education of the Poor in the Principles of the Established Church throughout England and Wales – usually, for obvious reasons, abbreviated to The National Society.  They had started setting up schools in 1811, in response to a similar initiative by the non-conformist British and Foreign School Society.

Edward and Harriet settled in Hythe in 1849, and he became headmaster of the town’s National School, then situated in Stade Street in a ramshackle old building.  He soon proposed a new school premises. In 1850 the town council bought from the Treasury the site of an ordnance yard to be used for the school(1).  It was ideally situated opposite the town green, which was used as a school playing field for games and recreation. 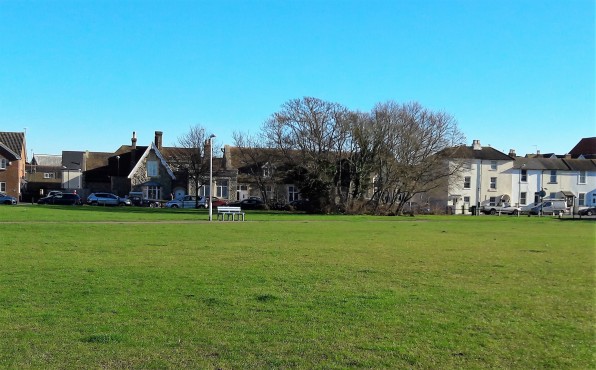 Hythe National School, viewed from the Green. The buildings are now private houses. 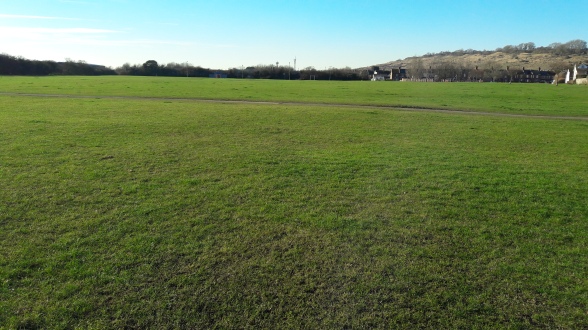 And Hythe Green, which has provided a recreation area for the town for hundreds of years.

Edward also served as schoolmaster at the School of Musketry in the town, and became the local Registrar of Births, Marriages and Deaths.  Meanwhile, Harriet gave birth to another seven children.

After Edward’s retirement in 1875, when he and Harriet were presented with a marble clock, he was appointed School Attendance Officer for Hythe, at a salary of £20 per annum. Harriet died in 1886, aged sixty-three.

Edward was a supporter of the Liberal Party, and was agent for the town’s MP, Baron Meyer Amschel de Rothschild from his election, unopposed, in 1859 until his death in 1874 (until 1950, Hythe formed a separate parliamentary constituency). Rothschild, was only able to take up his seat thanks to the Jewish Disabilities Act passed the previous year. Before that, all members were required to take the oath ‘on the true faith of a Christian’. Rothschild was a scion of the banking family, and appears to have left no mark on British politics: his main interests in life were hunting and horse racing.  However, the electors of Hythe seemed to like him, and when his horses won both the Oaks and the Derby the church bells were rung in celebration. His daughter and heiress endowed the town’s lifeboat which was named ‘Meyer de Rothschild’ in his memory.

Aged eighty-five, Edward retired to Farnham to live with his daughter Jane, also a school teacher, but they had returned to Hythe by 1905, when he was reported to be ‘in the best of bodily health with mental faculties unimpaired’. He lived in Oak Walk, near St Leonard’s Church in the town,  where he died in 1912 aged 99. His life had spanned the lives of six monarchs: George III, George IV, William IV, Vistoria Edward VIII and George V.